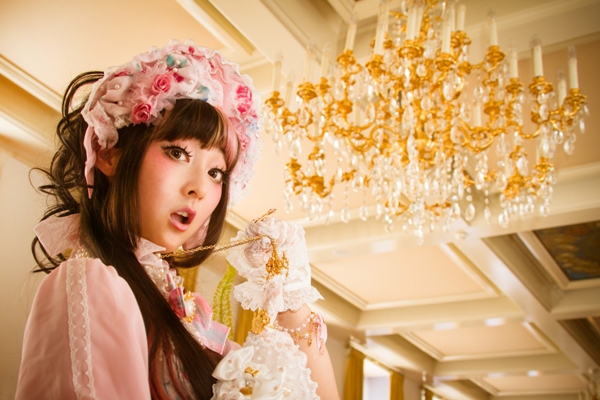 The pas few months I have been super busy organizing a Lolita event in The Netherlands,
together with Japanese staff.

Last weekend it was show time! And it was amazing!

We invited Misako Aoki and Rinrin, two lolita models from Japan.
Both just started their singing career, so they preformed their songs at the event!
Also we invited Scarlet Penta, a Dutch singer.

The schedule was very busy, but they enjoyed it anyway!

The whole event was covered by the Japanese TV program Kawaii International,
estimated broadcast will be 31 August.

Although the event  was only on Saturday and Sunday, our guests already arrived on Thursday.
We took dinner at a Dutch Pancake restaurant and walked around the city for a bit.

At Dom tower with Rinrin and Misako. 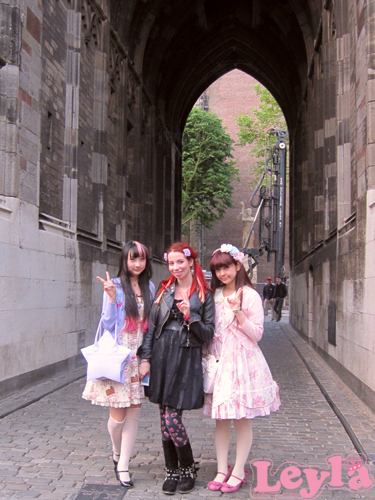 On Friday we went to check out the venues that we would use on Saturday
and we went to the Miffy Museum.
Danchelle also joined us because she would help us out at the event,
on the right you see Salla, staff from the TV production. 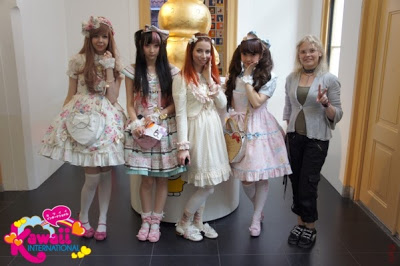 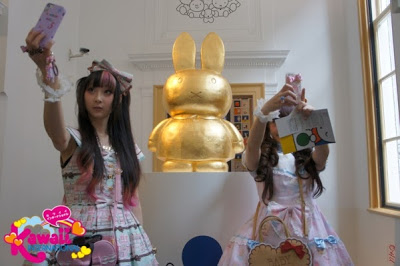 Saturday it was show time!!

First we had a tea party at a gorgeous venue! 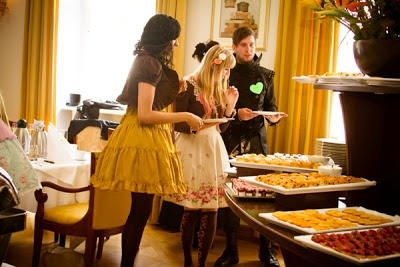 First they did an introduction of how their rooms look like in Japan on a projector screen. 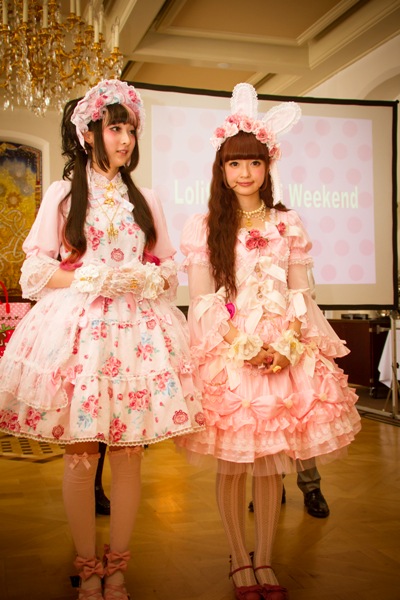 Later they took the time to go to each table and meet their fans. 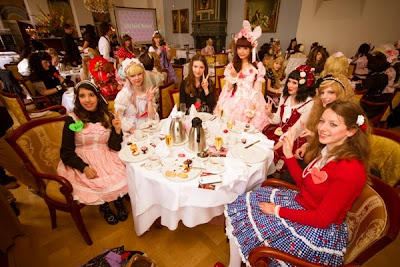 Then there was a bingo with lolita prices sponsored by www.mfashion.eu 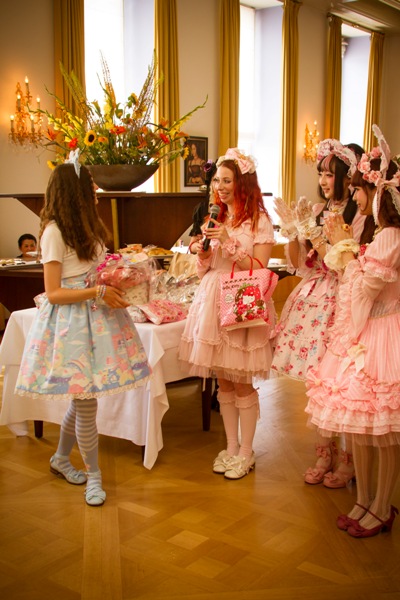 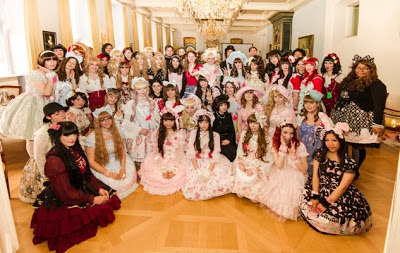 After the tea party it was time for the staff to prepare the next venue!

There were performances by Misako, Rinrin and Scarlet Penta. 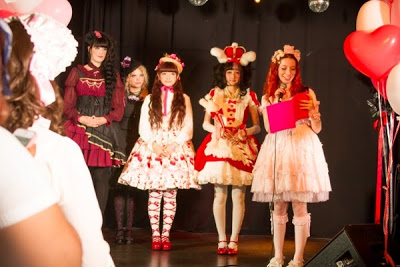 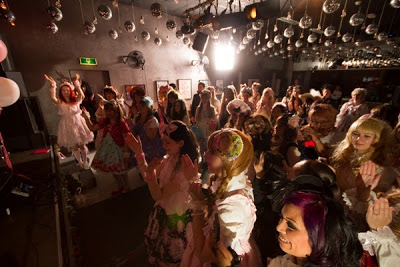 There was also an outfit contest sponsored by Baby, The Stars Shine Bright,
The overall winner was Renske! She won a heart bag in a limited blue color. 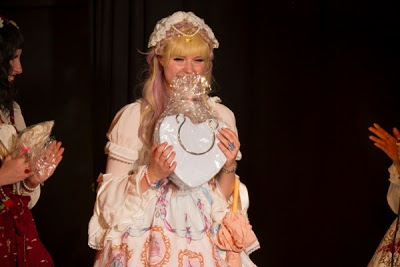 Here is a better picture of her outfit. 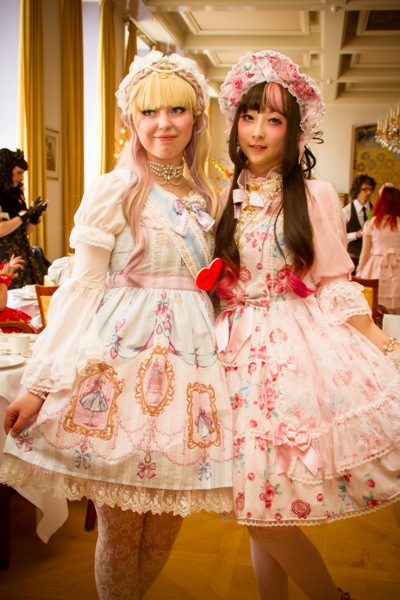 Now it is time for the next day!
On Sunday we had a day trip to a Castle.
There were only limited spots for this day, so it was only for a small group.

We got a tour inside the huge castle and later we had a picnic. 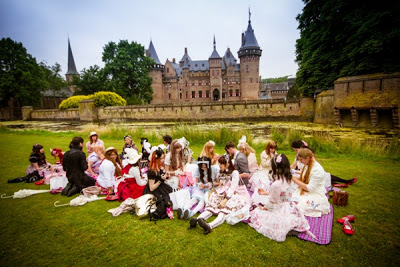 Me with Misako and Rinrin. 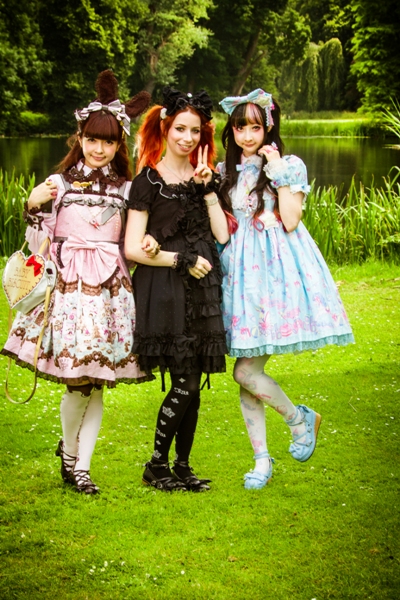 I think we can say the event was a big success!
Everyone had a lot of fun!
And secretly I hope we are able to do it again next year!

Monday morning was the last day for the Japanese guests to be in The Netherlands,
so we went to Anne Frank House and Rijksmuseum . 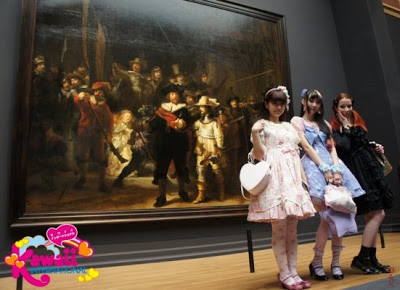 I have to say that because of this event I got inspired again to wear lolita more often..
as far as that is possible since if you did not know it yet, I am now 4 months pregnant.
I guess you cannot really see it in the pictures yet.

(Pictures without logo by: M.E. Fotografie)

Ohh I wrote a reply.. but now it is gone :s
It is indeed a odd idea 😉
I only have 2 or 3 dresses that might fit then, but I am not sure, all my other dresses and blouses already got too small (especially in the bust).

It really looks so nice and you had so much fun.
Love the outfits and nice activities.

That event sounds like fun! I am so sorry i could not attend but it was impossible. I still find it so odd that i'm here in Japan while the models are travelling around the world and even places closer to my country.
I wore lolita up to 3 days before giving birth so you can do it too! Plus you look great!
Love,
your friend Jo